How to properly Foam Roll Your Lower Body in order to feel better and reduce soreness!

Foam rolling is something anyone can utilize to help loosen knots in their muscles and to decrease the amount of soreness they experience post workout. Here is a step by step look in order to ensure you’re doing it properly!

In an earlier blog post (Blog #4) we talked about the benefits of foam rolling. We also looked at some studies that mentioned Foam Rolling can help you recover and feel better after an intense workout session in the days afterwards. In this article we will talk exactly how to use foam rolling and trigger point to help increase the efficiency of your recovery time.

Three things we are trying to accomplish with foam rolling is to reduce soreness, loosen up muscles, and help relieve and release knots within the muscles.

The first thing you need in order to help your body recover is to find an appropriate tool to use. This can range from things such as the conventional foam roller, to other tools such as a baseball, softball, tennis ball, or really any type of object that you can apply pressure to your muscle with. When foam rolling, a common approach is to use a systematic approach in which we start from the feet up. Below are multiple common areas for foam rolling as well as how to get the most out of each area!

– when rolling out, its important to find an area that feels knotted and focus a little bit longer on that particular area in order to try and stimulate that area.

– Lastly 30 seconds is usually enough time to roll each portion of the body (not necessarily each full muscle.. You’ll see what I mean if you keep reading!)

The Feet –  This is often an overlooked part of the body for rolling out, but it can be so beneficial for improving performance in many different areas. There are many different muscle tendons and nerves that travel under the base of the foot, and by rolling this area out, it can lead to improved balance, stability, nerve transmission, and efficiency of even some of the larger muscles in the legs such as the glutes. To roll out your feet, simply find something such as a baseball and lightly step on it so that its around the middle portion of your foot, now slowly roll your feet forwards and backwards, left and right. About 30 seconds (or longer if your prefer) is usually enough to get solid results for this portion of the body.

The Calves – The two major muscles in the calves are called the soleus and the gastrocnemius. They lie one on top of the other and are both essential in proper ankle plantar and dorsiflexion (pointing your feet away from you and back towards you). Since we are constantly on our feet, it’s common for us to develop knots and tight spots in this area. The best way to roll out your calves is to be sitting on the ground with your leg extended in front of you. Place a ball or foam roller under one calf at a time and slowly roll the ball up the muscle. I like to separate the calf into a upper portion and a lower portion and work on both portions one after the other (each portion for about 30 seconds or until I find a knot I need to spend more time on). If you find a knot, you can also simply exert a bit more pressure and just leave it there (without rolling), this can help the muscle loosen up (warning: it will probably be uncomfortable!).

The Hamstrings – After foam rolling your calves, the next muscle I like to deal with is the hamstrings. You can roll your hamstrings by raising your body slightly off the ground and placing a ball or roller under the meaty portion of the leg. Similarly to the calves I like to break it up into an upper and lower portion, rolling each part immediately after the other. Really focus on any problem areas you may have.

The Glutes – The great thing about rolling your body out part by part, is that often the rolling goes directly to the next area without even having to change positions much. After rolling the hamstring you can simply slide the ball up under the thick portion of your glutes, you can get a deeper and more intense experience by crossing the leg whos glute is being rolled, over the opposite leg in a figure 4 position.

The Quads – to roll the quads you can flip onto your stomach while still being on the ground, and lightly lift your leg off the ground enough to place a ball under the leg, then using your upper body and other leg, gently rolling your body up and down on the ball.

The IT band – many people say that it’s important to roll out your IT band, however, the IT band is a fibrous portion of tissue that runs down the lateral portion of your leg. It doesn’t contract or relax and their are many studies done by various academic institutions that suggest that rolling your IT has little to no effect. What you can do though is roll the muscles around the IT band as well as start to make it a habit of rolling out your Tensor Fascia Lata (TFL). The TFL is a muscle on the top, lateral portion of the leg (which DOES attach to the IT band). By rolling this portion of your body out, you can reduce the strain placed on the IT band doing different activities.

As you can see, there’s many different areas of the body that you can foam roll and take care of on your own. Simply follow the order of rolling mentioned above and you’re going to be feeling better and much less sore following intense exercise!

If anyone has any questions about Trigger point and Foam Rolling of the lower body, feel free to send us a facebook message!

Thanks for reading! Written by Owner –  Andrew Blakey

PrevPreviousHow To Lose Weight And Keep It Off – Isn’t It Time?
NextFeeling down, tired, and not quite yourself? You may be suffering from Seasonal Affective Disorder.Next 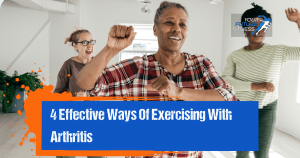 4 Effective Ways To Exercise With Arthritis 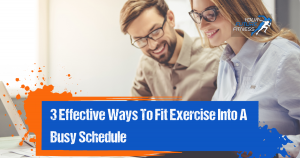 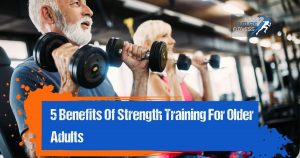 Work With Our Team!